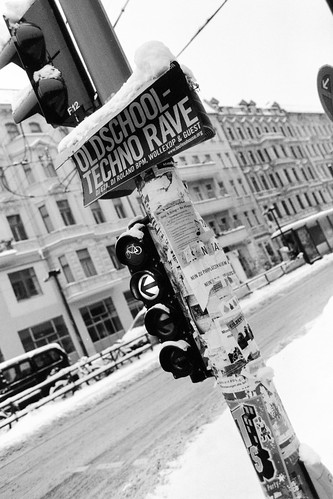 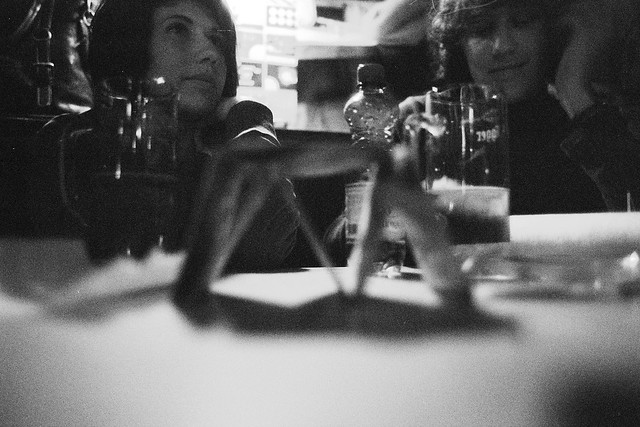 Finally got done with processing film photos from Berlin and Vienna during the 2010/11 New Years.

Travels through Berlin and Wien

Currently I'm in Vienna curled up under a bunch of blankets try to get over the hacker plague flu I got from 27C3. Sadly I had to cancel out of going to Copenhagen, couldn't really get out of bed the morning of my flight. My new plan is to fly directly to London from here on the 13th. Copenhagen can wait for the summer when I can possibly go with someone who knows the local tongue.

Berlin was a rush, a rather pleasant one. Made some new friends and got to enjoy time with old ones. The Congress was fairly transparent to me, the first three talks I really wanted to see were packed to the gills well before they started. I've opted to watch the talks on my flight back into the states. Spent most of my time in the hack lab hanging out with Mitch and co. Even skipped a day of Congress to check out an interesting photography exhibit with a new found friend. Last night in town was extremely enjoyable and I was glad to share it with everyone in the Unicorn Stronghold Apartment, tinfoil hats for all!

Journey to the End of the Year in Vienna was something I will never forgot. I haven't actually gotten to play one of these since the first one in San Francisco, 2006. I've learned quite a bit from being a chaser for so long, which along with being in a very foreign place made the whole experience extremely intense. Checkpoint 5 was a big surprise, the main task was to be interviewed as a runner who had just made it to that checkpoint, give a summery of how they felt about the game. This turned into a whole lot of emotions all of a sudden jumping out inside of me. SF0, Journey, traveling, hacker spaces and cons, Black Rock, biking, love, friends, art, photography, San Francisco, some how all of this just rolled into one big map of links in my head. Everything from the past 5 years of my life clicked together and there I was at the very tip of it standing in the middle of Vienna pushing forward to something new.

Ended up getting caught about 1 block away from the last check point due to poor directions from a drunkard and some of my joints deciding to lock up due to the cold weather and a lack of physical activity for the past week (I'm getting so old I just so happened to have a birthday two days later). All in all it was very enjoyable. Sadly nodded off a few times at the end party. Spent the minutes leading up to the new year and there after writing a few emails that had been brewing in my mind for the past handful of days. Happy to run into some San Francisco friends at the second party, museum fun with them later on.

Fin and Astera have been extremely generous hosts allowing me to stay with them for another week while I get better. They are also great company. Hoping to get even better tomorrow and venture out to Metalab to get some work done and possibly make use of the laser cutter. Also want to get a little more vegan schnitzel inside me before I leave. Flying in traffic right now sounds like the best thing to me.

Due to a lovely new friend, traveling old friends, and a impromptu visit by a little dino, I've decided to extend my stay in New York City through the 1st of February. Hoping to gain a better appreciation for the city to help forget the pain of past trips there. Wishing the weather would be nicer, and that I had my one of my bikes along with me during my stay there.

Some how portions of Europe are warmer then San Francisco today, though I suppose folks burning trees on Ocean Beach tonight might be warmer then I am.

Then again maybe not.

The Most Dangerous Man In Cyberspace

What the fuck were we doing in Berlin?